SAMUEL'S ADVENT: Christmas Before Its Time 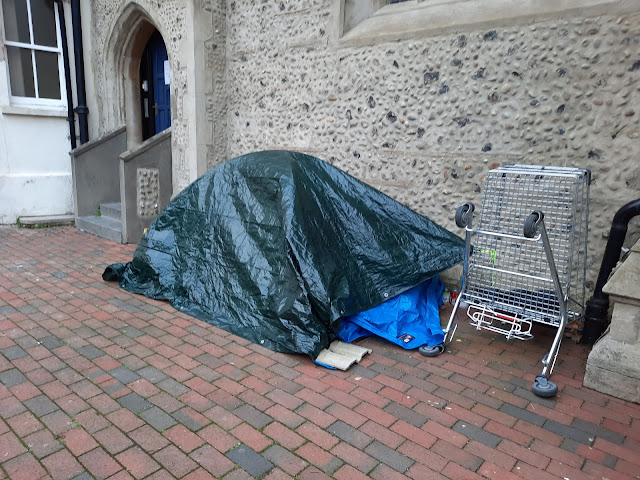 He used to live in the shelter at the end of the seafront near the old bathing pool, the shelter in which the Name of Jesus is inscribed. You could see him cycling in that direction, looking happy with himself and he might glance in your direction as he did with me a few days ago. He smiled, I smiled and something within me said, “this man is going to come into your life!” And I wasn’t sure that I wanted him in my life at all.

This beautiful Saturday morning, awake early I decide to open the church in case anyone might want to come in for a candle and a prayer, as Maria sometimes does on her way down to the shop. Today she doesn’t arrive but as I am pottering around the sanctuary getting ready for Advent and listening to Advent music, I notice a man come in. He kneels to pray in the half light and I leave him to it for a while.

Then I decide to go to the church door in case he needs something and, sure enough he follows me out into the sunshine. The first thing I notice is that someone has pitched tent between the church door and the door of my house and my immediate reaction is utterly shallow, concerned with the appearance of it, concerned about what the neighbours might say.

When I turn to look at the man, I realize he’s the one on the bicycle with the smiling eyes, his face now wet with tears of grace from praying in the church. “I hope you don’t mind” he says “I was moved on from where I was and didn’t know where to go so, I prayed to God and He told me that this would be a good place. It’s just for a few days and I promise to keep the place clean!”

His name is Samuel, “the man who listens to God!” The man by whom God is heard and now that I’ve gotten over the surprise and the appearance of the tent, I know that this is from God, an Advent moment that has come before its time. Only yesterday I was lamenting the fact that we can’t host the Snowflake night shelter this year because of the virus. And here now is the snowflake I had been seeking. Here is one who has come to find shelter between two doors, asking nothing more and giving me the gift of his presence. I had also thought about putting a crib outside the church this year and here is a living crib, a stable dwelling for Jesus, Mary and Joseph that they may abide with him, that they may abide with us.

He is twenty-eight years old and has been homeless for about ten years. Homeless is probably the wrong word because the tent is the home where he feels safe and free. Free from the hurt and abuse he has suffered, the telling of which brings fresh tears down his face. And he is unconcerned about his few belongings, even if they get stolen because he has learned that when you give, you get more in return.

So, there it is! People have been putting Christmas decorations up early to offset the gloom of lockdown. For me now both Advent and Christmas have already arrived before they have begun. The impeccable timing of the Lord! 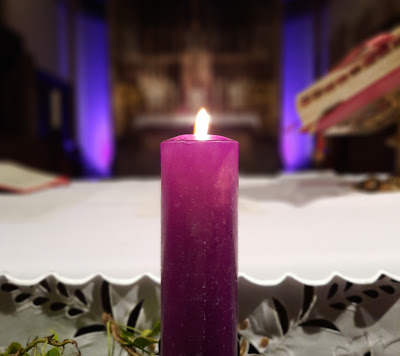 While Samuel wraps up and closes up his tent, I head out for my walk, happy in the knowledge that I have seen God face to face. In awe and wonder. Wondering who am I that I should be visited so!

Arriving back from my walk I see a man with long grey hair reading the notice on the closed door on the church. He’s leaning on his bicycle. I say hello and ask if he’d like to go in. He begins to speak and starts to cry so that he can’t get the words out but when he eventually recovers his breath, he tells me he’s afraid to go in because he might break down if he does.

It started for him in Sacre Coeur in Paris where he had an overwhelming experience of the presence of Jesus in the Eucharist. “He was just there” he says with emphasis. It knocked him out and when he came out of the experience, he had an intense feeling for all people, especially those who are lost. The feeling seems to be unbearable, makes him cry and it’s a feeling he gets whenever he goes into a church.

This account astonishes me for its similarity to one given me by Martin, a year before he died. He talked about how he had become an atheist at the age of 16 and, still an atheist at 24, he found himself going up the steps of Sacre Coeur in Paris, just one of the many enthusiastic tourists gathered there. It was night but the doors of the Basilica were open and he found himself drawn to the light there and on entering he saw the Blessed Sacrament exposed on the altar and it seemed to be a blazing beacon that reached out to him personally, taking hold of him. All he could do was fall on his knees. He cried in the telling of the experience.

After he left Sacre Coeur back then, he started to rationalize the whole experience until he dismissed it altogether and reverted to his atheism. But that light would emerge in him many years later, it would lure him back to the faith into which he was baptized. 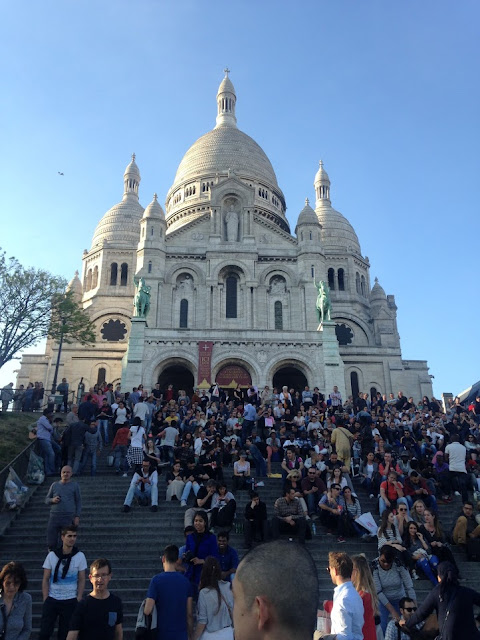 It's now Sunday. One of our Parish Community came to me during our time of prayer this afternoon. She told of her experience as a young woman in Madrid where she found herself homeless and without money. She went into a church and when she emerged to stand outside, she looked down to find a sum of money on the ground right by her feet. It was what she needed, it kept her going and she came today to give the equivalent of that money to Samuel in gratitude to God.

“Maranatha, Come Lord Jesus” is the prayer of the season of Advent. It is our basic preparation for Christmas and, as Shirley said, “He is already here with us in our waiting!”

While out walking yesterday, a friend sent me the following quote, unaware of what was already taking place:

"If you want, the Virgin will come walking down the road pregnant with the holy, and say, “I need shelter for the night, please take me inside your heart, my time is so close.” Then, under the roof of your soul, you will witness the sublime intimacy, the divine, the Christ, taking birth forever." (St. John of the Cross)